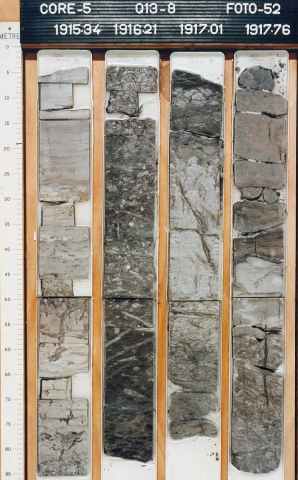 Fluvial-plain deposits, with sand concentrated in mostly channels and crevasse-splays. On the floodplains outside the channels, development of swamps and soils took place. The main sediment transport direction has been reconstructed as southeast-northwest.

The base is formed by the unconformable contact with the Altena Group.

Thickness indication
The total thickness is extremely variable, ranging from less than 100 m to more than 1300 m.
Geographical distribution