More detailed information about the development of the model is described in the report "Totstandkomingsrapport Hydrogeologisch Model (REGIS II)" (PDF in Dutch - 4.1MB).

REGIS II is based on the same set of research boreholes used for the Digital Geological Model (DGM) and has the same coverage and depth (up to 500 m) as DGM.

Application and reliability of the model results

With REGIS II, the Geological Survey of the Netherlands - TNO offers national and regional authorities, water management organisations, consultancies and other parties online and free access to the hydrogeological subsurface model of the Netherlands. As such, REGIS II is an adequate subsurface dataset for national and regional scale groundwater models. In combination with information from additional borehole research, REGIS II also serves as a basis for local groundwater models.

More details about the quality of the model can be found in the documents "Kwaliteitstoetsingsdocumenten Hydrogeologisch Model (REGIS II)" (ZIP in Dutch - 1.4MB).

The current version available is REGIS II v2.2 (2017). It is based on DGM v2.2. Earlier versions of the REGIS model can be requested via the contact form. 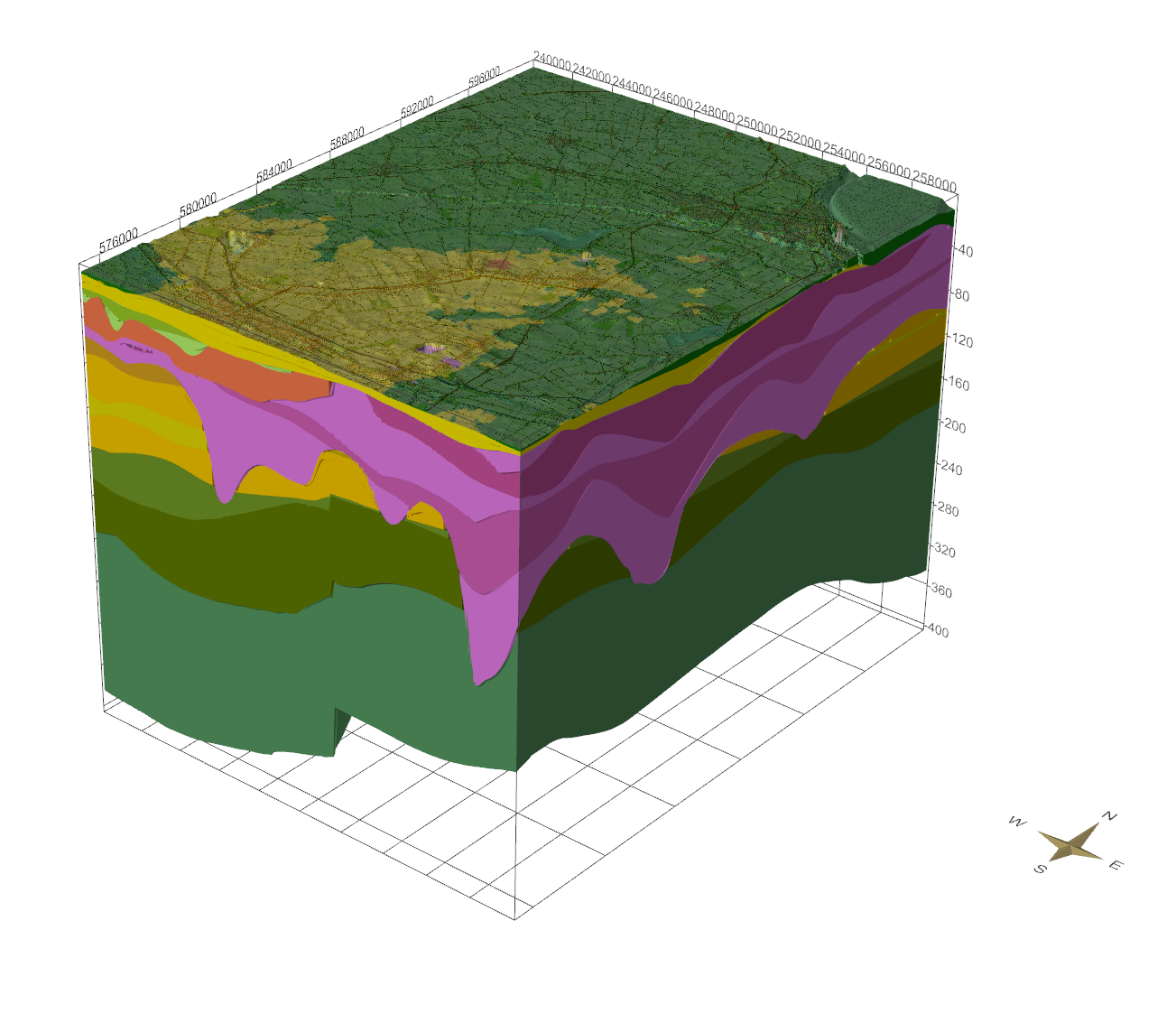 3D representation of Oost-Groningen in REGIS II using the SubsurfaceViewer