Detailing the upper layers with GeoTOP

The model GeoTOP provides a detailed three-dimensional view of the subsurface in the Netherlands until a maximum depth of 50 metres below NAP (Dutch Ordnance Level). GeoTOP schematises onshore Netherlands in millions of voxels (cells), each measuring 100 by 100 metres horizontally and 50 centimetres vertically. Each voxel in the model contains information on the lithostratigraphy and lithological classes, including the probability of occurrence for each lithological class. GeoTOP refines the top of the DGM and of the REGIS II model, providing a sound framework for subsurface-related questions on groundwater management, natural resources and infrastructure.

Application and reliability of the model output

The GeoTOP model provides information on the stratigraphy, lithology and the interrelated physical and chemical properties of the subsurface of onshore Netherlands to a depth of 50 metres below NAP. The model contains as much available data and information on the subsurface as possible, summarised in borehole logs with lithostratigraphic interpretations, a layer model and a voxel model, all of which can be requested via DINOloket.
GeoTOP models the subsurface at a subregional scale that is suitable for applications at the levels of province, municipality and district. This scale is comparable to the 1:50,000 scale used for one of its predecessors, the Geological Map of the Netherlands. If a larger scale is required (when working at the level of streets or individual buildings), GeoTOP can serve as a framework to which more detail can be added.
GeoTOP is broadly applicable for issues in which the stratigraphy and lithology of the shallow subsurface are important, such as groundwater studies, the prediction of land subsidence, insight into the depth required for foundations, the location of sandy channels and the calculation of volumes of natural resources.

More details about the quality of the model can be found in the document"Kwaliteitstoetsingsdocumenten GeoTOP" (ZIP in Dutch - 2.7MB).

In the module Subsurface models GeoTOP version 1.4 (2020) is available. Earlier versions can be requested via the contact form. 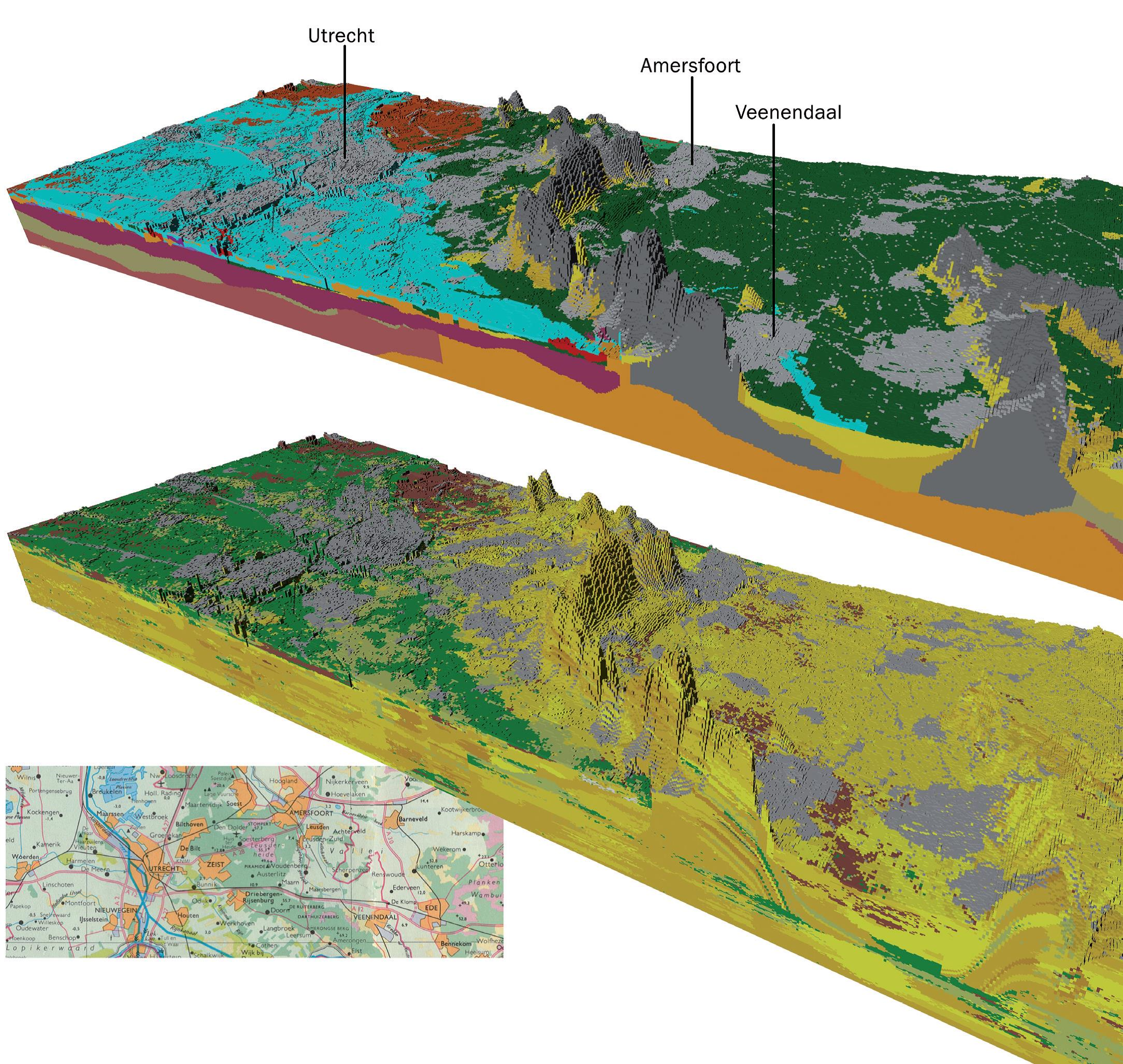 3D representation of the GeoTOP model