Skip to main content Skip to footer
Back to overview

The latest version of the model GeoTOP features a minor update of two components of the model area Zuid-Holland. The changes involved in this update made by the Geological Survey of the Netherlands will also be applied to the model area Zeeland, of which a major update will be published later this year.

In GeoTOP model area Zuid-Holland the most likely lithological class has been recalculated. In addition, an error in the model calculations within the Basal Peat Bed has been corrected.

From 100 estimates to a single most likely lithological class

GeoTOP is a 3D model of the shallow subsurface of the Netherlands up to a depth of 50 m below NAP. The model schematizes the shallow subsurface in millions of voxels (blocks) of 100 x 100 x 0.5 m. Each voxel contains multiple properties that describe the geometry of the stratigraphical units (layers), as well as the spatial variation of lithology and sand grain-size (lithological class or soil type) within these units. 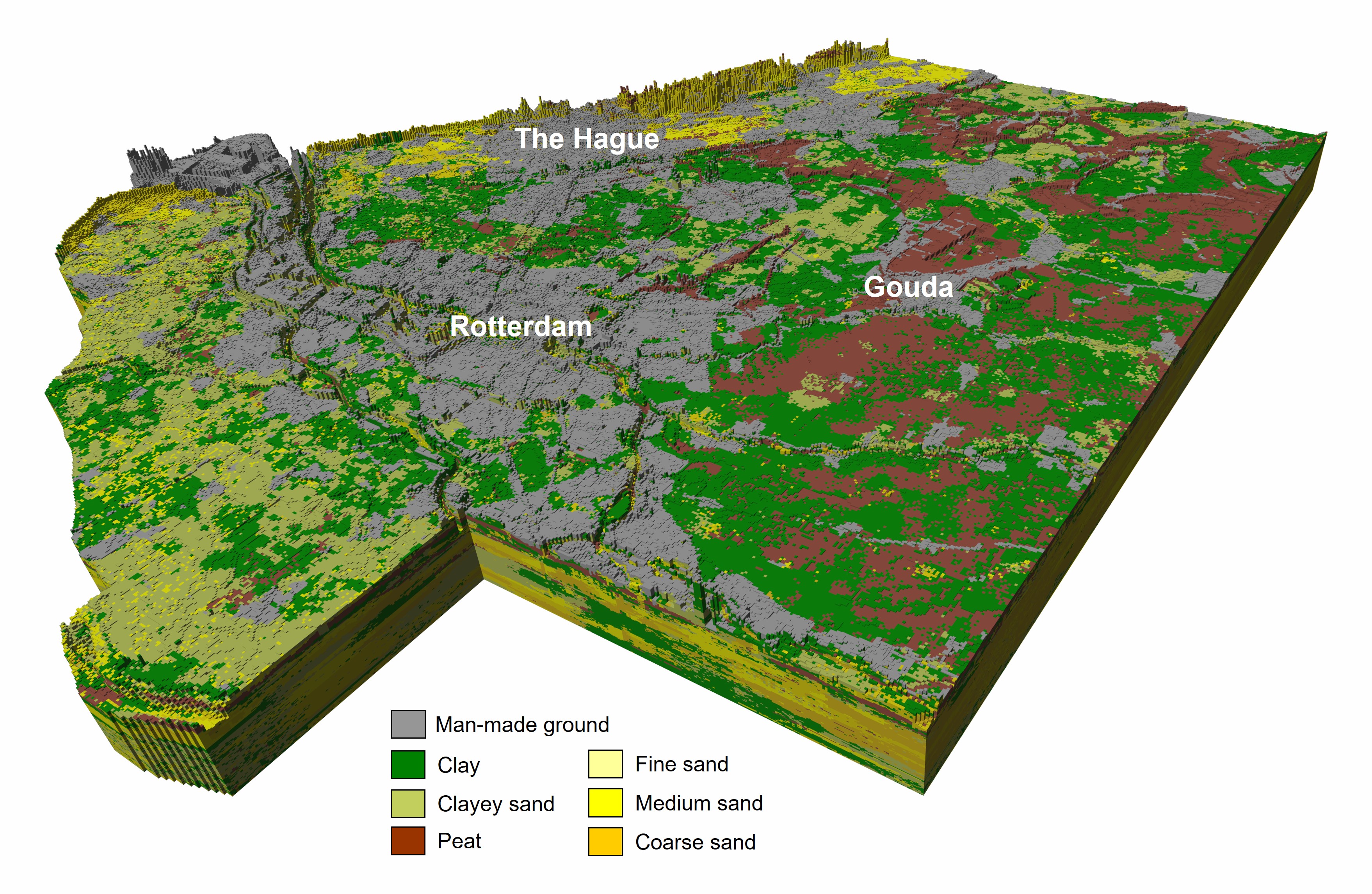 In earlier versions of the Zeeland and Zuid-Holland GeoTOP model areas, the calculation of the most likely lithological class was performed using an approach different from the one used in the other more recent model areas. In some cases, this alternative approach caused differences between the lithological class in the voxels and those observed in the boreholes used to construct the model.

In the minor update, the calculation was rerun in the model area Zuid-Holland, resulting in a better agreement between boreholes and voxels. The recalculation was not carried out for Zeeland, because a completely new version of this model area will be published later this year.

The second change in the minor update involves the voxels of the Basal Peat Bed. In this layer, an error in the calculation of the probabilities of the lithological class (calculated from the 100 realizations) and in the model uncertainty of lithological class has been corrected.

The new version GeoTOP v1.4.1 including the minor update of model area Zuid-Holland, will be available from March 29th onwards.

View the BRO model GeoTOP 1.4.1 on the DINOloket map. Or read more about GeoTOP in the explanation.